HABITAT – Who owns the space? 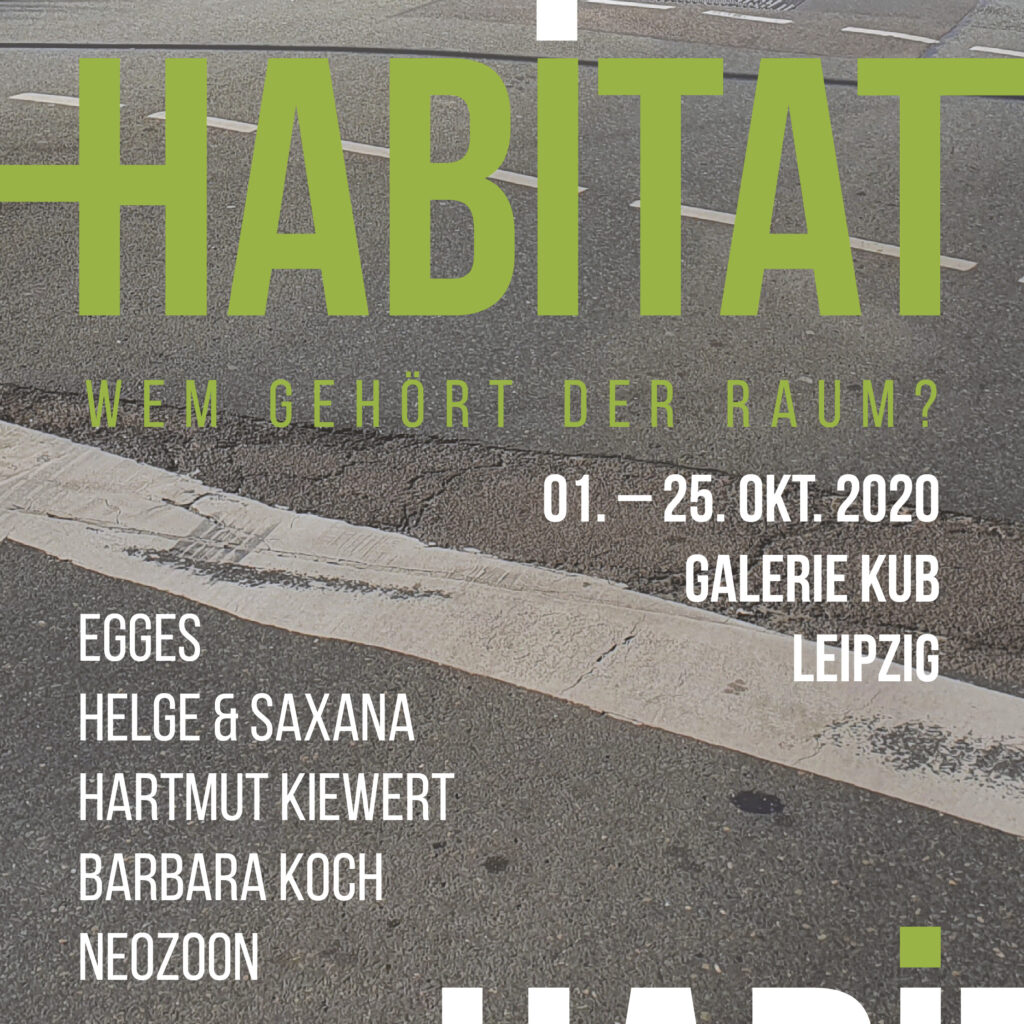 Slag heaps, fields, freeways, high-rise buildings, raised hides, department stores, pastures, apartment blocks, fences and feeder roads. There is hardly a space today that is not primarily shaped by human action. Space is fed into the process of capital utilization. Opencast lignite mines eat their way into forests and villages, animal industry eats its way into rainforests, avalanches of metal sheets and asphalt eat up space in the cities. All living things are either made and utilized in these processes as sheer resources, or declared superfluous, displaced and excluded. While wild animals are hunted and their habitats are irretrievably destroyed, the car and aviation industries are subsidized and the chimneys of coal-fired power plants are kept running, while at the same time millions upon millions of chickens, cows and pigs are captured and slaughtered. For nearly 50 years, the Club of Rome’s report The Limits to Growth has made it clear that these forms of exploitation and domination of nature also threaten human existence. Yet we continue to cling to the forms of labor, goods and money like a drowning man clings to a plumb line. In the midst of climate collapse, the sixth great extinction of species and enormous social and political upheavals, the habitability of our planet is at stake. But what could a good life for everyone, including non-human animals, look like? Who owns the city, who owns the forest? Where are there niches and cracks in the concrete? Where can animal and human strategies of subversion and re-appropriation of space be recognized? Where are there design possibilities beyond so-called constraints? Can art open utopian spaces? Where are the intersections of art and social movements against climate change, animal industry and for a social-ocoenological traffic turn? With works by Egges, Helge & Saxana, Hartmut Kiewert, Barbara Koch and Neozoon, the exhibition “HABITAT // Who owns the space?” presents artistic positions that question today’s human-nature and human-animal relationships and provide impulses for thinking ahead. Artists Egges, Helge & Saxana, Hartmut Kiewert, Barbara Koch, NEOZOON Opening Tuesday, 01 October 2020, 7 pm Exhibition duration 01. – 25. October 2020 Framework program Sunday, 11 October, 3 pm: Lecture: ” Climate change and animal liberation”, animal-free*innen Leipzig (maximum of 35 people)

Sunday, 25 October, 4 pm: Finissage with film “A Future Imperative” (30 min) and talk with the artists (maximum of 35 people during the screening of the film.)

IMPORTANT: The events are limited to 35 persons. The current hygiene rules must be observed – a mouth-nose cover must be worn. Persons with cold symptoms or illness are not allowed to participate. Participants* who cannot wear a mouth-nose cover for health reasons (this must be proven by a medical certificate) are requested to wear a face visor.