Posted on 1. February 2020 by Hartmut Kiewert Posted in Allgemein

In his paintings Leipzig based artist Hartmut Kiewert shows coexistence of humans and other animals based on equal footing.

Even though there are far more pigs, cows and other so called “farm animals” than humans in Germany, we hardly get to see them. In his imagery Kiewert makes those animals visible in every day life situations. humans and non human animals encounter on equal terms.  Multi-species-Collectives reclaims the streets. Animals show up as agents and thereby questioning the role of mere resources, humans have forced them into. 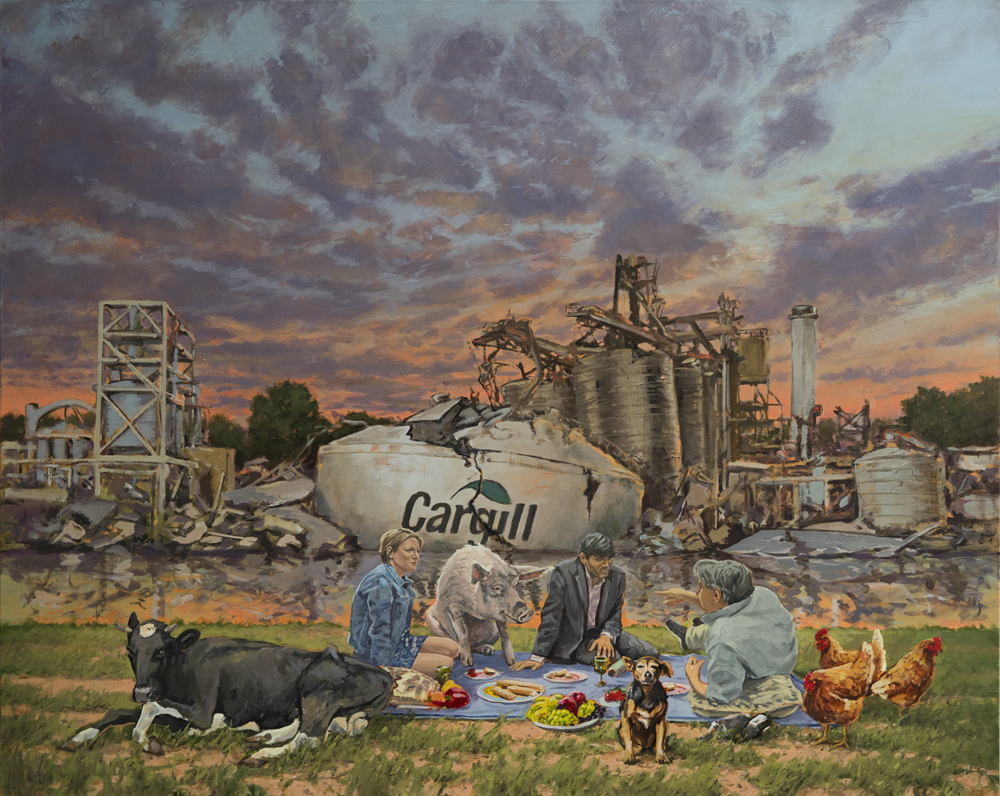 Since more than 11 years Kiewert deals with the human-animals relationship and shows new perspectives of an new, possible relation we could have to other animals.

At least since the debate about climate crisis livestock breeding has become a focus of critique.
There is a need to change our relation to nature and non human animals radically. It is time to evolve non-anthropocentric perspectives, which also take the needs of other animals in account.