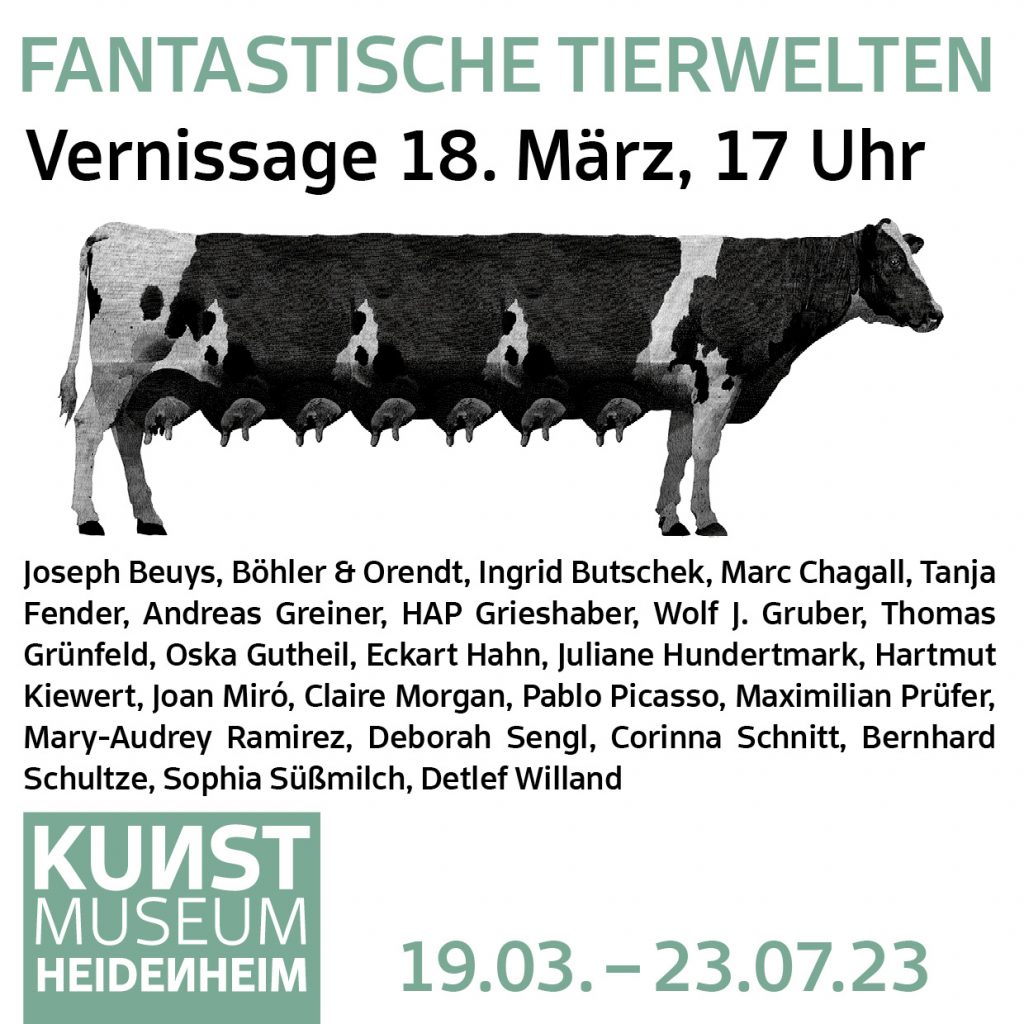 From March 16 to July 16, 2023, two of my works will be on display in the exhibition “Fantastische Tierwelten” at Kunstmuseum Heidenheim.

In their first joint exhibition, the Kunstmuseum and the Historische Museen Heidenheim devote themselves to animals.

The focus, however, is not on illustrations of existing creatures, but on hybrids, animal deities, new creations, and representations of animals in which they exhibit behaviors not typical of the species or are shown in unusual situations.

From lion men, to Chinese dragons, to contemporary paintings, sculptures and installations: The exhibited works not only testify to man’s high level of inventiveness. They also provide a glimpse into artistic strategies for the representation of human sensitivities. For representations of animal beings usually do not serve a pure end in themselves, but are always also an expression of a certain understanding of the world.

In the juxtaposition of historical testimonies and contemporary art, continuities but also ruptures become clear. An important concern of the exhibition is to show that artists today are increasingly criticizing the speciesist and exploitative behavior of humans towards non-human animals and are calling for a new relationship between the species.